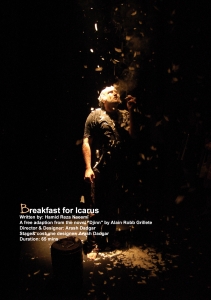 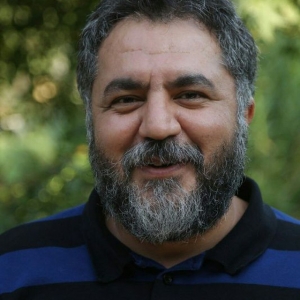 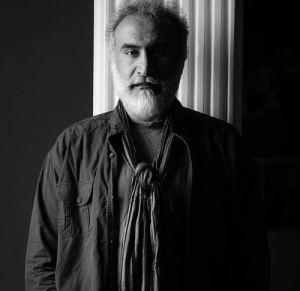 (A free adaption from the novel "Djinn" by Alain Robb Grillete )

one of the instructors of university has been disappeared. Inspector goes to his habitation to talk to the people who were in touch with him to achieve the criminal files, but he faces with a bunch of freak guys who represent a different picture of the instructor. The blind old landlady who is in touch with the ghosts. A young girl, called Iphigenia, who will die is she doesn’t eat breakfast and introduces herself as Agamemnon’s daughter and the lost guy’s wife. A deaf-mute who taken part in 17 crusades and has learned from the lost guy to tear the skin of a pig in 3 minutes. And a stranger guy who calls himself Icarus, Daedalus’s son. Inspector…

How we can turn an invisible thing into a visible thing? Can we perform the magic and metaphysics in the form of a dramatic event, in a way that not only he is the audience, but also he becomes the partner in these events? And when he goes into the theatre, it’s as if he’s entered in the Alice’s land of wonders. There’s no described time and place for him and he can independently gain the experience of inspector in the stage. So there’s no any especial seat for the audience. All the events of the play are placed in different positions on the stage and the audience can freely walk on the stage and find the best angel to watch all the scenes of the play. This performance was an experience to gain the common experience with the audience.